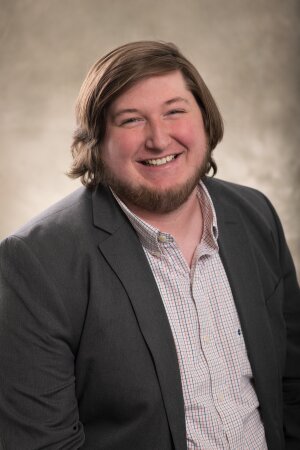 Wallace Golding is a native of Atoka, Tennessee, an alumnus of the University of Alabama at Birmingham (2018) and University of Illinois (2020), and a doctoral student in the Department of Communication. His research focuses on the intersection of racial activism, identity, and public rhetoric, particularly in the varying contexts of the twentieth century U.S. South. More specifically, Wallace’s work seeks to understand how racial, regional, and social identities collide; how Black activists have used political language to define those identities and their relationship to dominant notions of citizenship and democratic practices; and how activists have used political language as a tool of and for liberation.

Wallace teaches courses in public speaking, public writing, persuasion, and visual rhetoric. In the past, he served as a peer leader for CMN 111/112, Oral and Written Communication I/II. He also works with CLOUD, the Computational Laboratory for Online and Ubiquitous Data, housed in the Department of Communication, and he is currently serving as the President of the Communication Graduate Student Association.